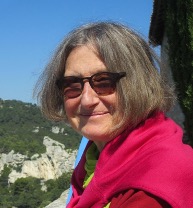 Denise Y. Arnold is an Anglo-Bolivian anthropologist who divides her time researching, teaching and writing between La Paz and London. She first arrived in Bolivia in 1984 as a young anthropologist about to do fieldwork, and has lived there until recently. Below she answers questions about her new book Situating the Andean Colonial Experience: Ayllu Tales of History and Hagiography in the Time of the Spanish.

Q: Can you sum up the theme of your new book, and describe how you came to write it?

Denise Y. Arnold: The book started as a research project. I had piles of field notebooks from the 1980s together with copies of colonial documents about the history of Qaqachaka, an ayllu community in the Southern highlands of Bolivia where I had worked with my husband, the Bolivian linguist Juan de Dios Yapita, over some 30 years. I had not had time to digest their contents fully, and this gave me the opportunity.

As I read the notebooks more carefully, I become aware of a certain pattern I hadn’t noticed before. Many local people in the interviews transcribed in the notebooks relate the mythical histories of their ancestors. But in special interviews with the local historians of the place, such as Don Franco Quispe, who look after their colonial documents (the ‘grandparent’s papers’), each episode of tales he told was closely related in its details and sequence to a specific law from the colonial period. It was as if the tales were a local reply, in the oral tradition, to the body of written Spanish laws known as Derecho Indiano (Indian Law). This local play between oral and written history features throughout the book.

Q: What kinds of colonial laws are these, and what real impact did they have?

Denise Y. Arnold: At face value, this colonial body of laws set out the new norms for rural Andean populations regarding land and property, how they should lay out their new settlements (the pueblos de indios), practice the imposed Catholic religion, and provide a workforce for the Potosí silver mines. In fact, this body of laws has much older roots in Arab, Jewish, Roman and North European legal influences, which can be traced in many key words of this history (marca, cantón, cabildo, panteón, gentiles, alcalde, alférez, alminar). This meant taking a more global approach to the colonial period than previous accounts had done. These external influences might even have affected the Qaqachaka’s self-identity as comunarios, through news of the Spanish Revolución Comunera in the early sixteenth century.

In practice, instead of the local people becoming passive victims of colonialism, as they are in other accounts, I found they actively reworked the colonial mandates into forms they understood, were relevant to them, and allowed their own practices and values to continue, in ways not entirely obvious to the Spanish authorities. Local populations were actually two steps ahead of the Spanish. This is not to say that they pass over the suffering in the mines, but they define this from their own perspective. The book ‘re-situates’ the whole colonial experience from this local point of view, as far as I can as an outsider.

This was why Andean peoples’ own history does not privilege the Spanish Conquest (as school textbooks produced by the criollo elites tend to do), but simply integrates Europeans (us) into their own ongoing history, much as they did with the Incas in the period immediately before what they call ‘Spanish Time.’

Q: What kinds of local practices were involved here? And how did the local people rework these practices, to the point of re-enacting them under the eyes of the Spanish?

Denise Y. Arnold: I concentrate in the book on religious practices. In the pre-Conquest period, Andean religion venerated local ancestors, embodied in regional shrines in the landscape as specific rock formations, lakes, springs, and so on. The ancestors were also venerated as mummy bundles, brought out, and given food and drink on festive occasions. Andean populations continued to do this in the colonial period, but now directed at the new Catholic saints who took on the attributes of the former mummy bundles, and were similarly dressed in clean clothes, fed and given drink by the ayllu authorities on their feast days. Many ceremonies we observed in the 1980s were replicas of earlier Inca ceremonies to their ancestors.

Andean religion also venerated the mountains as the origin places of their animals, and of the life-giving water that flows throughout the territory, and people made offerings on the mountainsides to guarantee the continuity of life. So when these people built the colonial churches they incorporated church towers (the Islamic alminar) to replicate the mountains, and they now left offerings at the foot of these towers. The mayordomos as colonial authorities were charged with looking after the Catholic cult, but in parallel they were charged by the community to carry out these rituals of their own.

Q: How did this rethinking of the colonial period go down with your indigenous colleagues in Bolivia?

Denise Y. Arnold: I thought I would be criticised for going against the usual set of binary oppositions of the Black Legend in vogue in previous historical accounts: Western/Andean, conquering/conquered, non-indigenous/indigenous, and so on. But the Bolivian public were very welcoming of my global perspective. It gives a ring of resilience to the agency of Andeans themselves in the face of change, rather than a passive acceptance of colonialism or a half-hearted resistance to it. 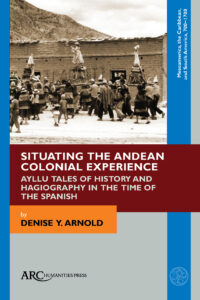