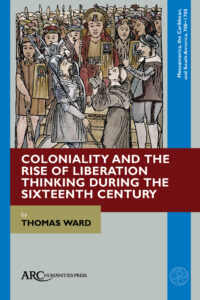 1. What is the main argument presented in your book?

Readers may be familiar the Liberation Theology that came out of places like Peru, Mexico, Chile and Argentina during the 1960s and beyond, and out of El Salvador after the terrible civil war there during the 1980s. If the remnants of Colonialism, what I like to call coloniality after Aníbal Quijano, had not survived until our time, it would never have been necessary for concerned theologians to develop Liberation Theology. Yet it is sometimes difficult for modern readers to perceive that various colonial factors have survived through the centuries taking the form of debt peonage, racism, gendered relationships, and good old-fashioned power lust that work in tandem with newer forms of subordination, bank-loan debt, urban red lining, transportation routing, and voter suppression. Conversely, it is also sometimes difficult for modern readers to perceive that diverse liberative fundamentals elaborated during the twentieth century can find their antecedents during earlier periods. Coloniality and the Rise of Liberation Thinking during the Sixteenth Century first presents the subordinating elements of transatlantic colonialism as they were installed in what was for them a New World and then analyzes anti-hegemonic discourse that responded to them in the hope of liberating people who had fallen upon unfortunate times, into unfortunate circumstances. This sixteenth-century thought offers solutions for both colonial and postcolonial living.

2.Can you summarize what your book is about? What are its findings?

The first half of the Coloniality and the Rise of Liberation Thinking considers the nature of the social subordination achieved through the means of chattel slavery and the encomienda debt-peonage system. While chattel slavery was based on a notion that we would latter come to understand as race, the encomienda functioned as a system of debt. This debt was at first owed in return for Christian education, but slowly transformed into monetary debt incurred on the encomienda. This monetary obligation was inescapable in a colonial situation because its resolution was insured with forced labor. The encomienda, in fits and starts, slowly became the Latin American hacienda system enshrining the means of social and economic control now known as debt peonage. Integral to understanding how these mechanisms functioned was “hegemony”, the consent of the people at the bottom to be ruled by the people at the top (as outlined by Gramsci). There had to be a large enough percentage of the people giving this consent, either consciously or subconsciously, for the colonial system to work.

The second half of the book explores anti-hegemonic thought in four authors who are well known in our time but not usually looked at together in comparative context. They are: St. Thomas More, English humanist and statesman, later chancellor of England, who was concerned with human behavior and whose Utopia greatly impacted thinking in the Spanish colonies; Erasmus of Rotterdam, considered by many to be highly representative of the Northern Renaissance, who was appointed as tutor to the Spanish king fiercely engaged in the Conquest; Friar Bartolomé de las Casas who criticized Spanish atrocities in “The Indies” becoming known as the Apostol of the Indians; and Felipe Guaman Poma de Ayala, a Peruvian nobleman deprived of his rights, who learned to read and write Spanish which he used to denounce the injustices of colonialism. The study of these four antihegemonic, theologically minded authors reveals that even in the sixteenth century (the beginning of the seventeenth for Guaman Poma), what scholars today recognize as hegemonic coloniality could be perceived and courageously denounced even before concepts such as freedom of thought and expression were codified as central ideals of Western Civilization. 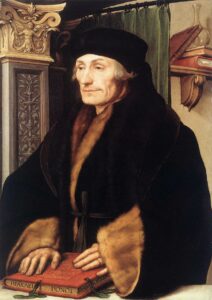 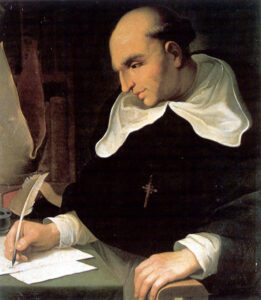 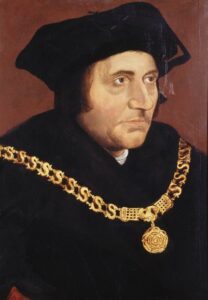 3. What inspired you to write this book?

Many readings and experiences eased me into this line of thinking. First a graduate seminar taught by my beloved professor Luis Eyzaguirre (RIP) at the University of Connecticut exposed me to colonial chronicles and at the same time to the context of Renaissance humanism that generated them. That was thirty years ago, but the seed was planted, and I have been thinking along these lines ever since. Two books that anticipated Coloniality and the Rise of Liberation Thinking, where my thinking on these matters congealed, have appeared. The first, Decolonizing Indigeneity: New Approaches to Latin American Literature, issued by Lexington Books, helped me to hone my skills with a decolonial methodology applicable to both indigenous- and Spanish-authored texts. The second, The Formation of Latin American Nations: From Late Antiquity to Early Modernity, brought out by the University of Oklahoma Press, gave me the tools to fathom and delve into sovereign indigenous nations existing in the fifteenth and sixteenth centuries in the lands now known as the Americas. The thrill of writing those first two books helped galvanize my commitment to the idea of free nations in order to complete Coloniality and the Rise of Liberation Thinking, which had been in the back of my mind all along. The three books form a kind of trilogy that acknowledges nations existing in the Western Hemisphere before the arrival of Europeans and looks at the right of these nations to exist without outside interference, even during the sixteenth century.

4. What was the most surprising or exciting thing that you discovered during your research?

What most surprised me the most from the research that went into Coloniality and the Rise of Liberation Thinking was the fact that decolonial liberative thinking could exist inside and become part of the colonial surge that was coming out of Europe and then enshrined in the colonial system in the Americas. Decolonialism within colonialism.

5. What impact do you hope that this book will have?

6. What are you currently working on?

I am presently branching out on a new area as I investigate the sixteenth-century author Inca Garcilaso de la Vega’s influence in Peru during Peru’s first century of independence, the nineteenth century.